Economic sentiment decreased slightly in the first full reading of 2023. The Penta-CivicScience Economic Sentiment Index (ESI) fell 0.3 points to 35.2 in its most recent reading. 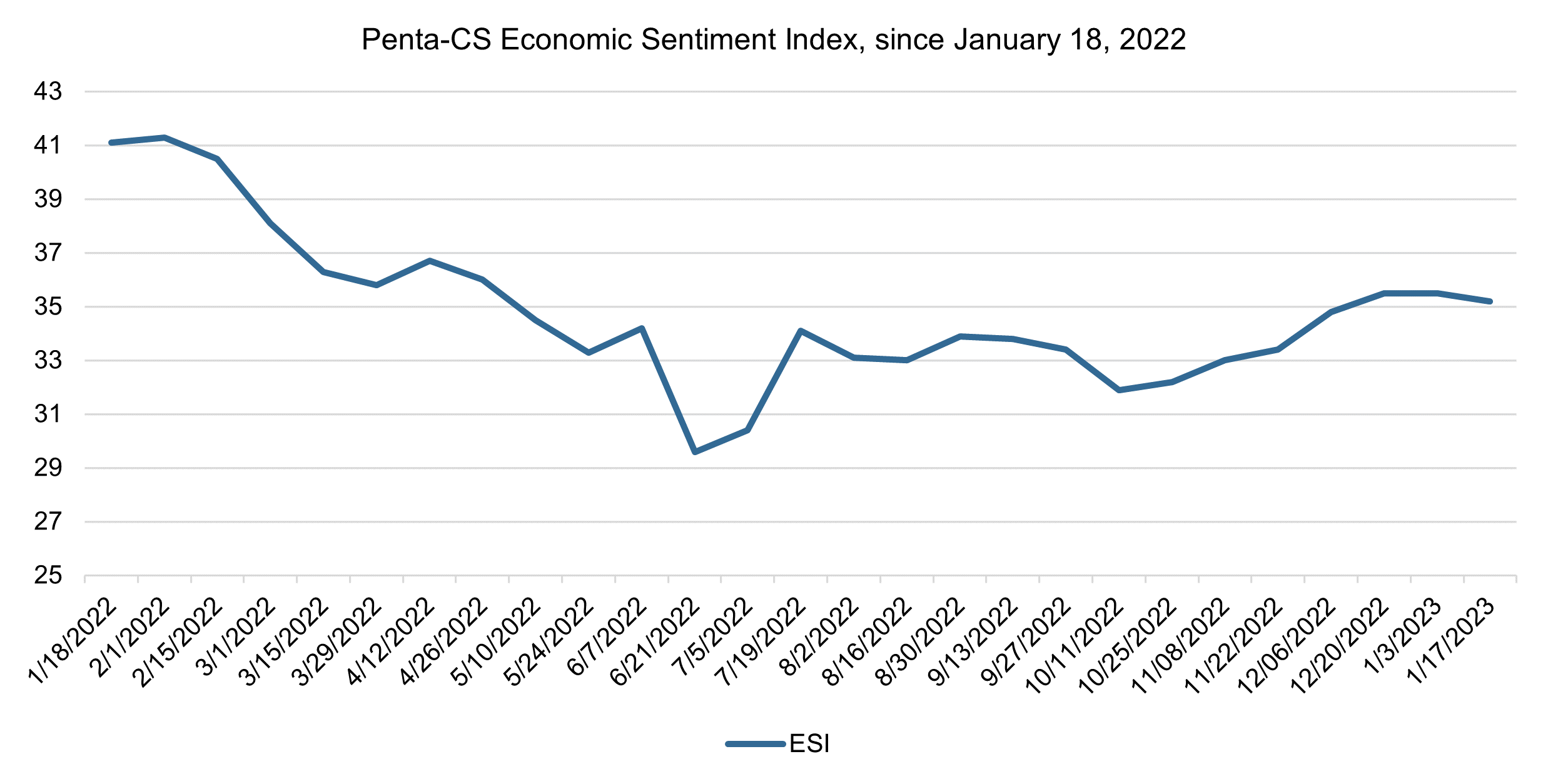 Three of the ESI’s five indicators decreased over the past two weeks. Confidence in buying a new home fell the most, dropping 1.5 points to 21.2.

Confidence in the overall U.S. economy rose as the consumer price index fell 0.1% in December 2022, the largest month-over-month decrease since April 2020. However, a steep drop in the price of gasoline drove most of the monthly decline, and when excluding volatile food and energy prices, core CPI rose 0.3% month-over-month. 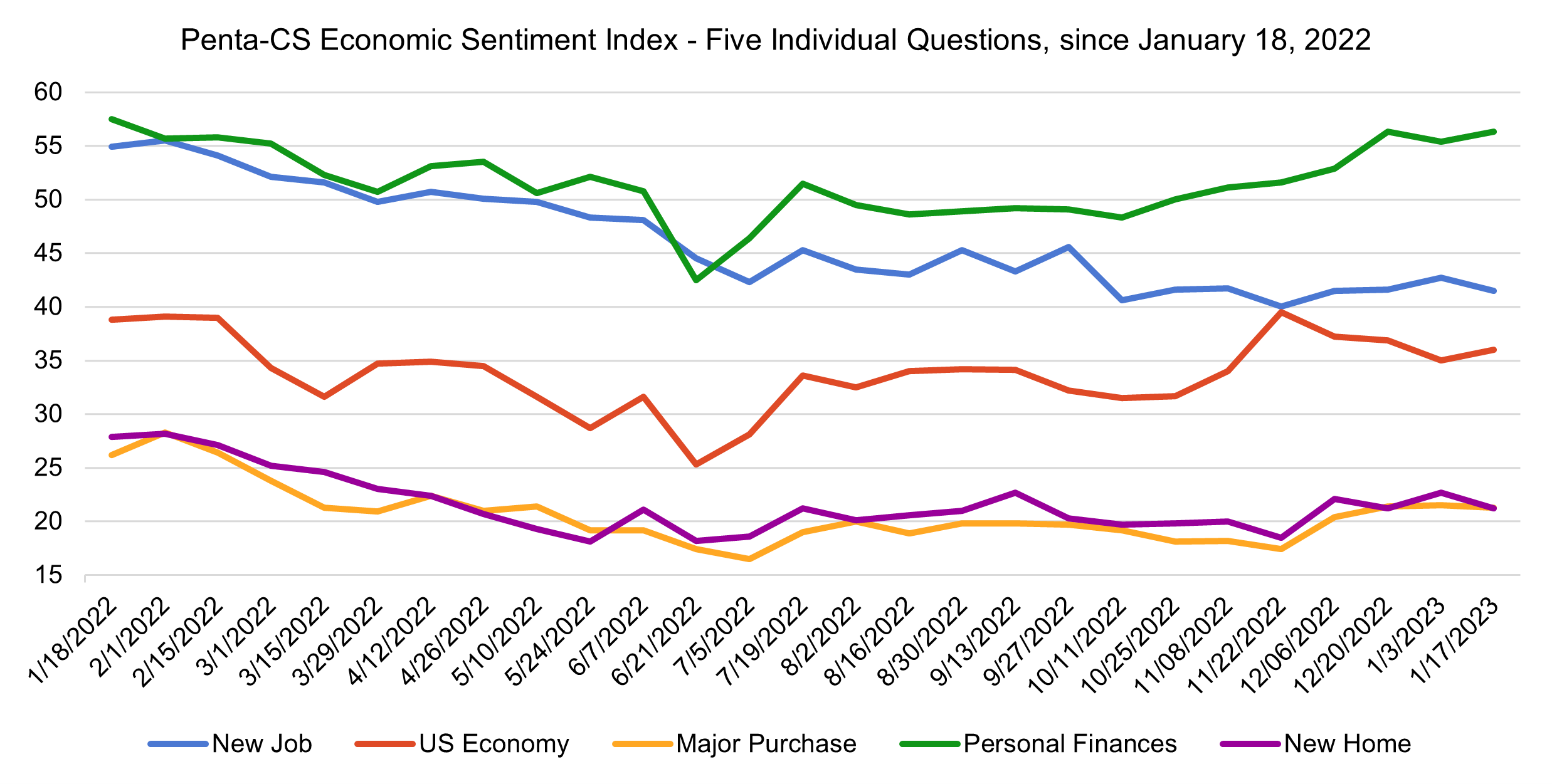 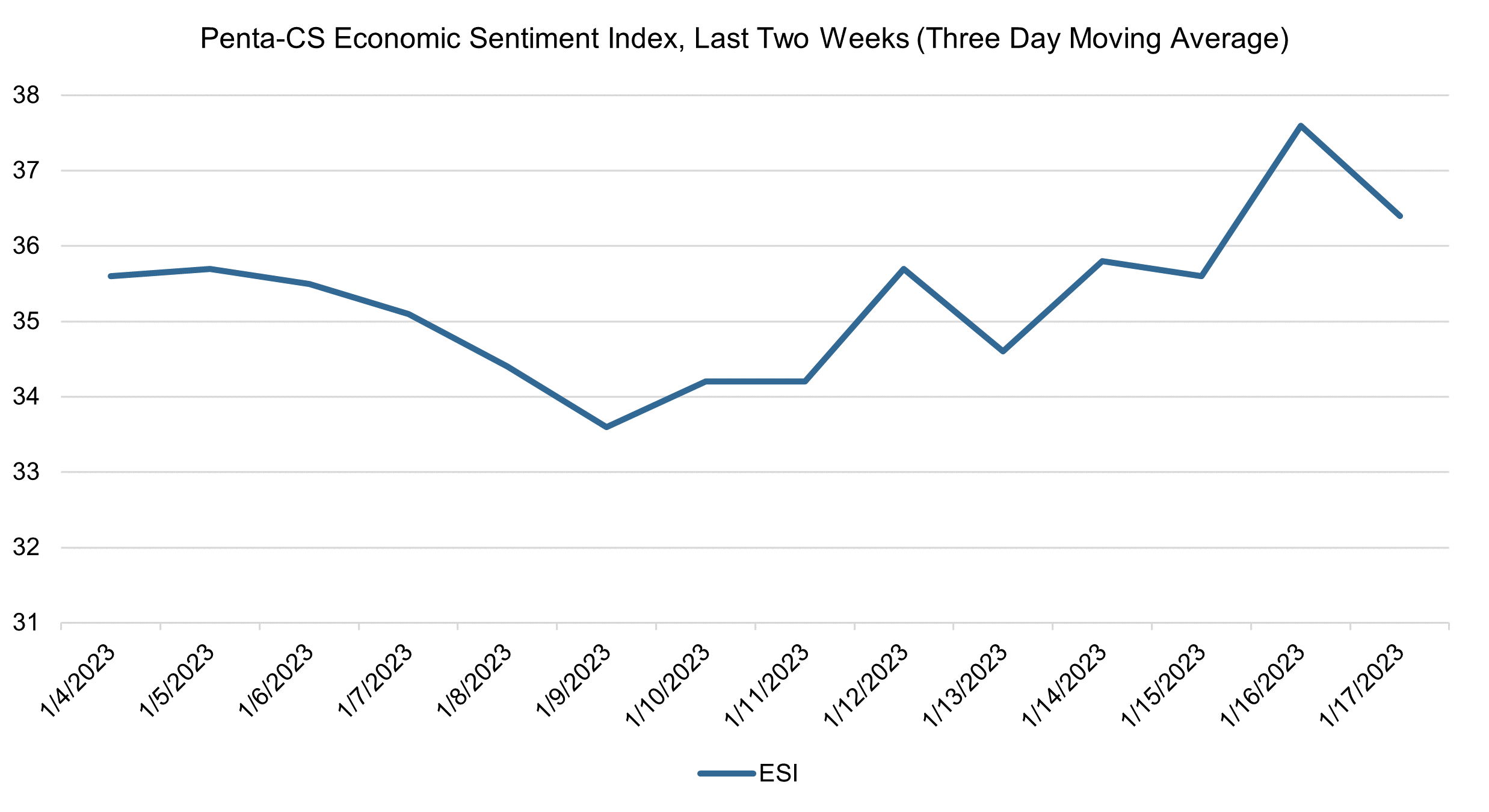 The next release of the ESI will be Wednesday, February 1, 2023.