Why CCOs must tell a compelling climate action story

Climate change, for the past several years, has been among the most prominent issues for businesses, politicians, and others. While many in corporate communications are used to responding to domestic political events, the emergence of climate change as a high-priority means that international convenings have now been added to the list of events to circle on the calendar. Indeed, last year, COP26, the yearly United Nations Climate Change Conference, received substantially more media attention than the previous COP as countries around the world signed on to a new, historic climate agreement. 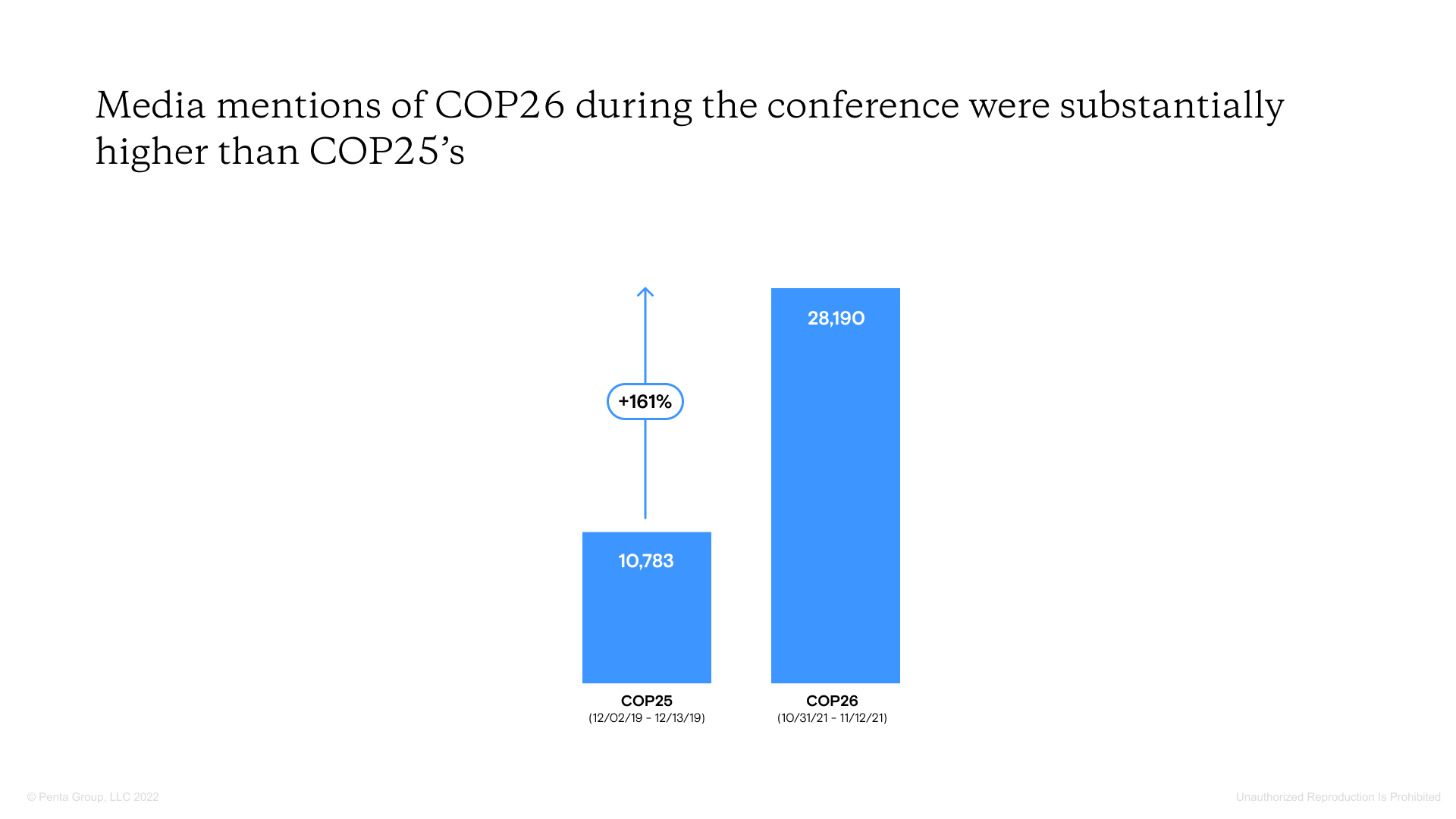 The world is in a new era, where previously banal climate conferences are widely-publicized inflection points for public opinion that corporations need to proactively respond to. This year’s COP27 is not any different, with several important debates around climate reparations and financing on deck. Engagement throughout this COP will be especially important, as, over the past year, there have been seismic opinion shifts among both policymakers and the public on climate.

Over the past year, a new bipartisan consensus on climate change issues has begun to emerge, especially among policymakers and influencers. A recent survey conducted by Penta among U.S. congressional and government staff found that a substantial percentage of Republicans have become more concerned with environmental responsibility over the past year. 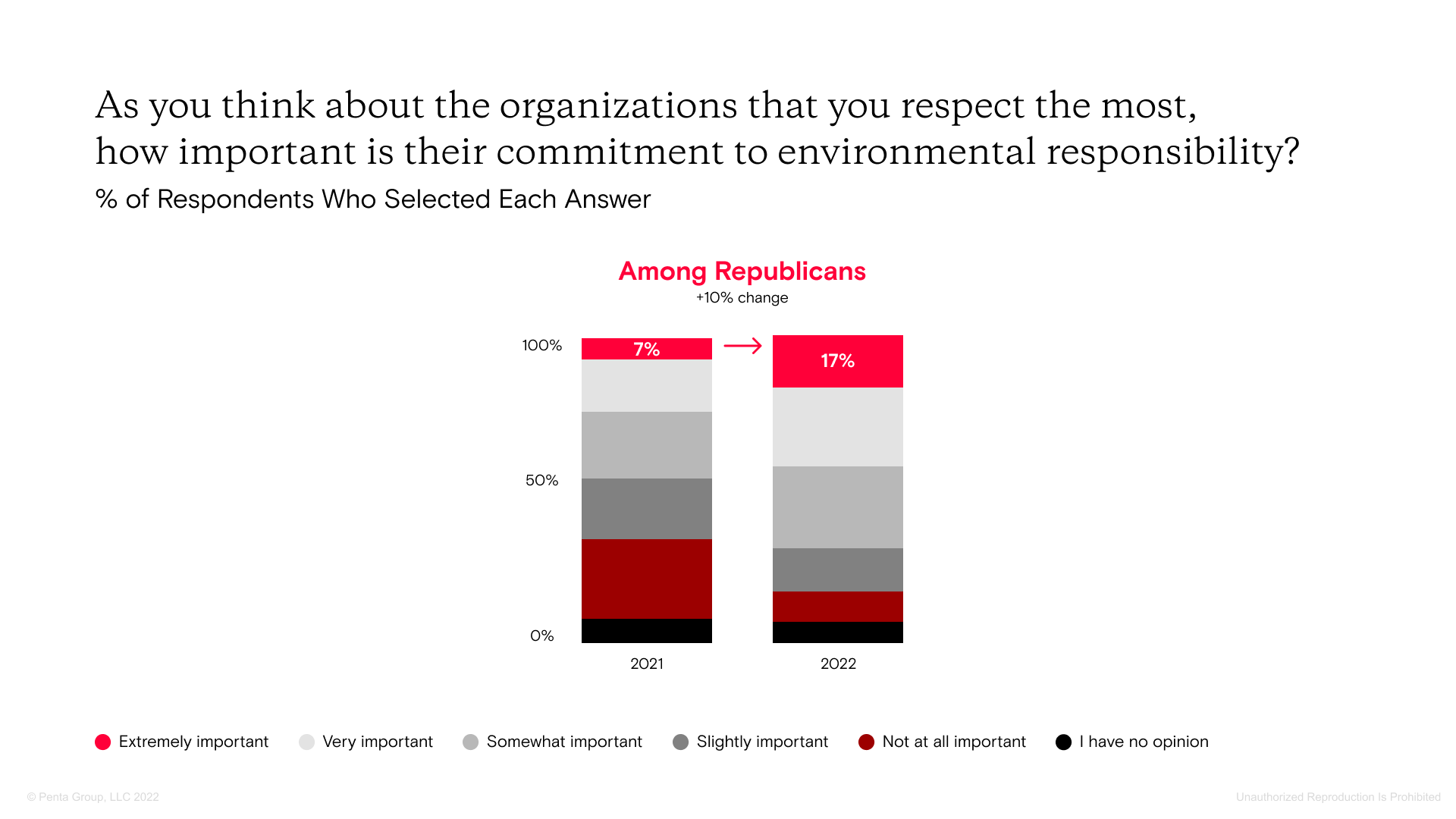 Similarly, the amount of Republican staffers who find climate issues “not at all important” has plummeted from 26% last year to 10% this year. To be clear, there are still substantial disagreements between parties over how to address climate change. However, the question of whether global warming needs a solution is rapidly becoming a consensus rather than a partisan issue.

Beyond policymakers, the public and employees’ climate opinions are becoming increasingly important, even for companies outside of the energy, manufacturing, and resource extraction industries.

Negative stakeholder sentiment on climate has real-world impacts on the ability of businesses to gain talent and be competitive in the marketplace. Recent research from PricewaterhouseCoopers finds that the overwhelming majority of customers and employees would prefer to buy or work for a firm that “stands up for environmental causes.” 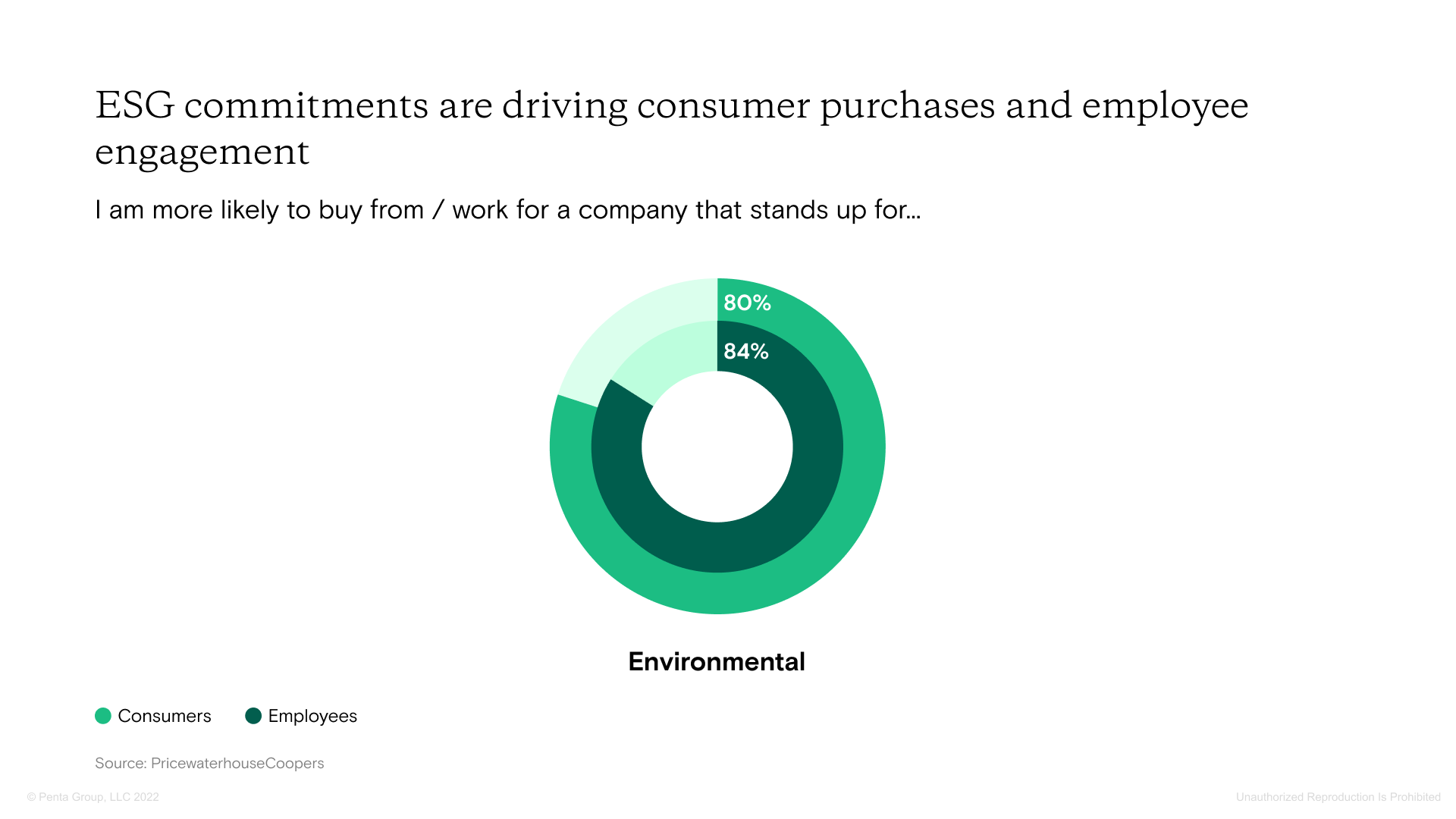 All the research from the past year indicates that policymakers, the public, and internal stakeholders are increasingly prioritizing climate issues.

Companies that choose to ignore climate issues increasingly do so at their own peril. The rapid change in public opinion means that communications departments that lump environmental concerns with other traditional partisan issues are ignoring a key priority for stakeholders that is depolarizing. Furthermore, companies, even in the services sector, can face significant reputational damage from climate protests, affecting their ability to attract customers and talent.

While many firms do address environmental concerns as part of broader ESG efforts, these efforts are useless without effective communication so that customers, policymakers, employees, and the wider public are aware of climate commitments. When conducting communications, CCOs must prepare for and undertake three steps:

COP27 is an opportunity for the prepared and a risk for the negligent. Many companies throughout the past year have already paid the price for inaction. As climate moves from a partisan to consensus issue, disengagement will increasingly be met with criticism. COP27 is just one in a constant cadence of major events going forward that CCOs must measure, message, and monitor.